On Christians and Halloween 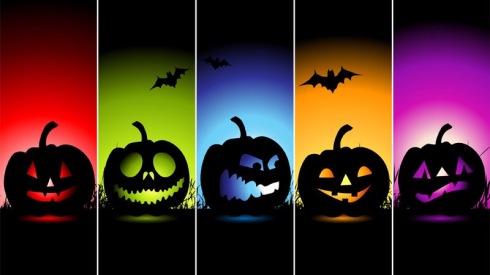 On Samhain, the Celts believed that the veil between the physical and spiritual world was thin enough that ghosts and ghouls could travel across the veil and devour crops and make all sorts of mischief. On this night, everyone would put out the fire in their fireplaces, and they would light large bonfires in the villages to help ward off these spirits. They would also put on animal skins and animal heads to create costumes so that the spirits would be tricked into leaving them alone.

As the Roman Empire made its way into Ireland, some of the superstition regarding Roman deities became part of the Samhain celebration. They would sacrifice crops and other items in these bonfires to seek good fortune from these spirits.

By the 700s, the Catholic Church held high power and sought to change the focus of Samhain and give it a more Christian tone. So they came up with a day to honor all those martyred for the sake of Christ. This day would also serve to honor the saints who had gone before (their definition of Saint was much more complex than the biblical definition). They called November 1 All Saint’s Day or All Hallows’ Day. That would make October 31 All Hallows’ Eve. This would later get shortened to Halloween.

Even though they had changed the names, much of the superstition of the holiday still retained its practice.

By the 1800s, Halloween finally made a surge for acceptance in the US. The puritans had rejected the day as evil, so it took a while for this holiday to catch on here in our nation. As it began in the US, the practice was to “Trick or Treat” on Halloween in lieu of the bonfires and sacrifices. Most of the time there were more tricks than treats due to the lack of prosperity in much of the culture.

By the 1950s, Halloween had transformed into the holiday we see today where children dress up in costumes and go door to door receiving candy and trinkets. Today, Halloween is the second most profitable holiday for retail in the US; only Christmas sees more spending for decorations and food and periphery.

So, should Christians celebrate Halloween?

Well, there’s a difference between holding to the customs of the spiritual side of the holiday’s origin (which I’m not sure there are many who still do) and dressing up in costumes for a night of make-believe and diabetes.

If you cannot separate the current practice of this children’s holiday from the pagan, mystical origins, then I would say you should sit this one out. If you don’t want your kids to be exposed to frightening images and experiences, then you should find an alternative to walking streets filled with teens who get their kicks by scaring young children. If you’re a health nut, and the idea of a night of cavity-creating, diabetes-inducing indulgence make you more afraid than a teenager dressed as a clown, then you should  probably abstain.

Is this a matter of salvation or getting kicked out of the church-club? No.

Nowadays, Halloween holds to little of its roots and can even teach kids to not worry about the monster under their bed or an inflatable in someone’s yard.

Can’t it get dark and evil? Yes. That is the part we should refrain from participating in. We are called to be children of the light. God is light. There are many scriptures about Christians not participating in deeds of darkness.

So, dress up in fun, silly costumes of favorite superheroes or Disney movie characters and find places that are kid friendly. There are many of these where you live. And let us have fun on this imaginative night without having to give in to the darkness.