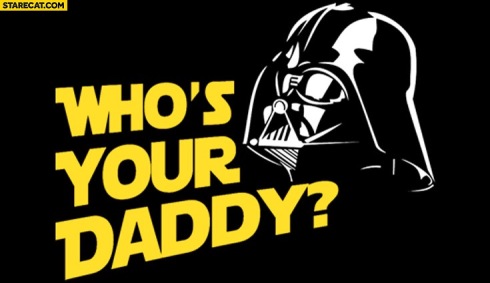 Several years ago I was introduced to a book that would shape the way I think about grace and love and God. It is one of the top four books I’ve ever read, and ever so often I revisit the book to find encouragement. This March, a movie will be released that is based on this book, and I couldn’t be more excited about it.
What’s the book?  The Shack by Wm. Paul Young.

Even though this is one of my favorite books, it is causing quite a stir in the Christian community especially because of how he book portrays God.  This book, when you first meet God, portrays him as an overweight black woman named, Papa.

How does that affect you?

So much of our culture emphasizes the masculine. We talk about God as Father and King and rightly so. We refer to God as “him” as the bible does. But could God portray himself as a woman?

In order for us to fully understand the concept of God, we must remember that God created man and woman. There is no way on earth a man could comprehend a woman enough to create one. They’re just too enigmatic to us guys. The Creator, by necessity of the concept, must transcend the limitations of his creation. God is not a man, nor is he limited to our concepts of manhood.

God is not physical at all. The scripture says that God is Spirit (John 4:24). In the Hebrew, the word for spirit is “Ruah”, a feminine word. In fact, in this book/movie, the Holy Spirit will show itself as a woman.

In order for women to be made “in the image of God”, they must display the attributes of God. The things that you think of as feminine personality characteristics are throughout scripture as characteristics of God – not merely manly characteristics. Characteristics like love, nurture, and compassion are traditionally associated with women in our earthly culture.

So, I don’t have a problem with this book allowing God to portray himself as a woman if the situation calls for that manifestation (spoiler: later in the story, he switches back to the elderly father-look).

What’s the point? God, Jehovah, is God because he is grander than our ability to comprehend. His ways are higher than our ways (Isaiah 55:9). His foolishness (if that even makes sense) is wiser than man’s greatest wisdom (1 Corinthians 1:25). He existed before there were the constraints of our universe, including time. He is an other-dimensional being that we cannot fully comprehend. If we could, he would cease to be God.

Every time humans try to put limits on God – put Him in a box – He breaks the box. There are no limits to His grace and love, though many have tried to say there is. He doesn’t sleep or get tired (that gives different perspective on the need for the seventh day – rest – in Genesis 2). He is the God of the universe, above the universe, who holds the whole world in His hands.

That’s my Heavenly Father. That’s my Papa. And just like a kid comparing his dad to others’, I can’t accept any lesser God to take his place.

So, who’s your daddy? The limitless God, or some idol concocted by tradition. Mine is Jehovah.

Time is of the Essence 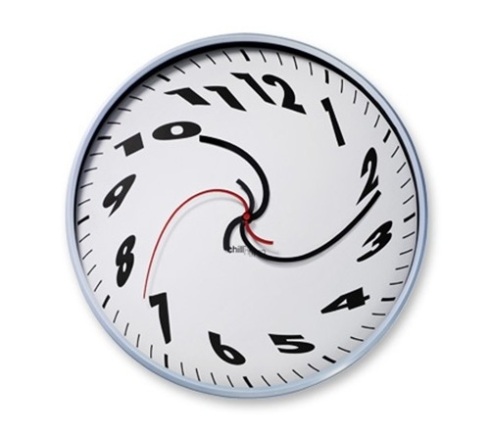 Do you ever feel like you have enough time in the day? Are you a busy person? Are you a procrastinator? Does time seem to be moving faster and faster the older you get?

The other day my kids were watching a movie on Netflix. It was a kids show about some children who are spies (conveniently called “Spy Kids”). The dilemma in this show was that the bad guy was stealing time. He was making the clocks all around the world speed up.

The problem was that he was doing it for a good reason. He had lost his father and was trying to teach all people around the world to value the time they have with others. I think the bad guy had a good point.

We take for granted what becomes commonplace in our lives. Through the years we become accustomed to the idea that there will be tomorrow. We make decision based on plans for the future.

The other day I heard a sad story of a person who took the future for granted. This person had been studied with about Jesus and what He did to save us. This person believed the message and wanted to be baptized to give his life to The Lord, but in the end he decided to put it off until a later date.

Fast forward several years, and the person has still not dedicated his life to Christ. He out it off until a better time but that better time seemed to never come. When the decision was in the forefront of his mind he let other factors influence his decision to do what was right. Now he’s dead.

Death is finality. There is no more opportunity for the things you wished to do to come true. The decisions you neglected stay neglected. You are given one shot at living this life.

Hebrews says, “It is destined for man to die one and then to face judgment.” Reincarnation isn’t an option. There will be no time after death to undo the mistakes of your past. All of those mistakes need to be dealt with right now.

That’s why every time we read of someone being convicted of their need for Christ in the New Testament there was immediate response in baptism.

Time is of the essence. Time is fleeting. Now is the time to do what is right. Don’t put off till tomorrow what should be done today. All of these clichés are appropriate for you if you know you need to come to Christ but have been putting it off.

Have you been baptized? Have you been forgiven? Do you have the Spirit living in you? If not, then don’t wait until a better time to get that fixed. The time is now. God is calling.